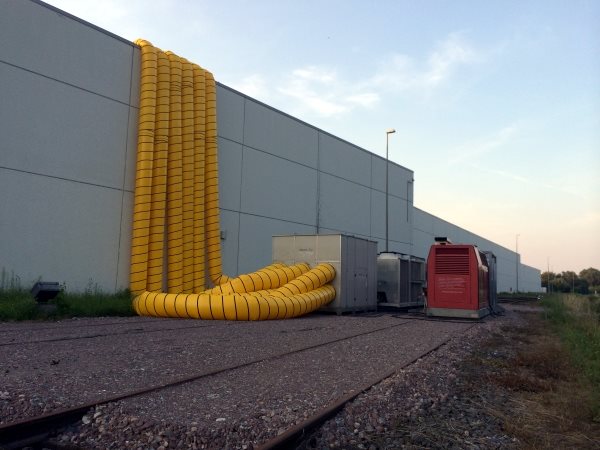 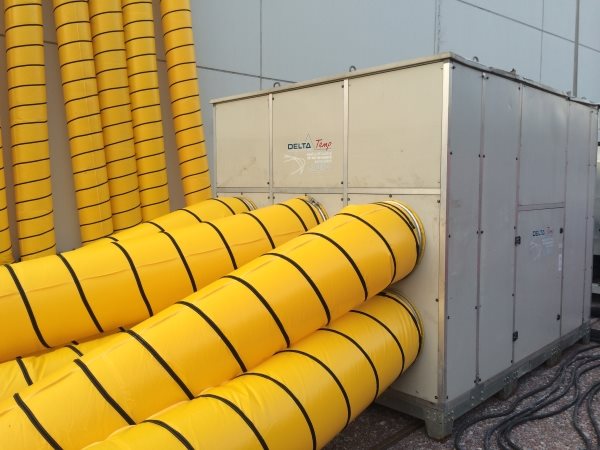 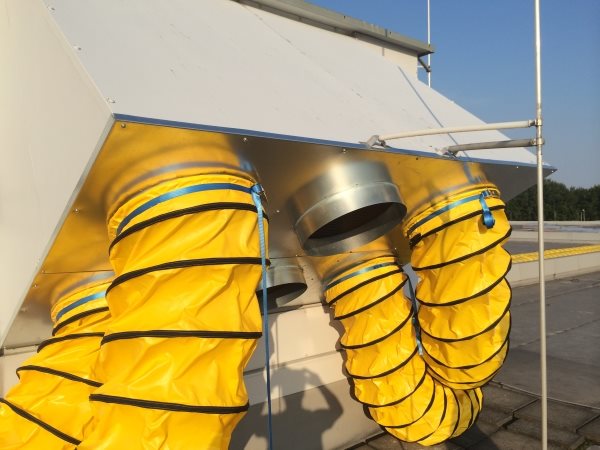 A leader in online retail rents climate packages in order to reduce the temperatures to an employment-friendly level in the Commission on two of its German sites.

At each of the locations the cold air was distributed  to the building by several climate packages over a length of about 300m at the picking halles.

Each of these packages works as an autonomous unit, consisting of a mobile chiller, an air handling unit and a diesel power generator with an external tank.
The totally installed cooling capacity was about two and a half megawatt.

The mobile refrigeration systems are used over the summer to create a pleasant climate for employees.