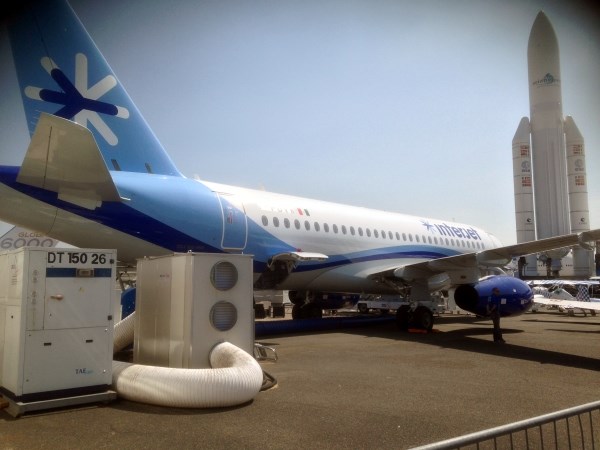 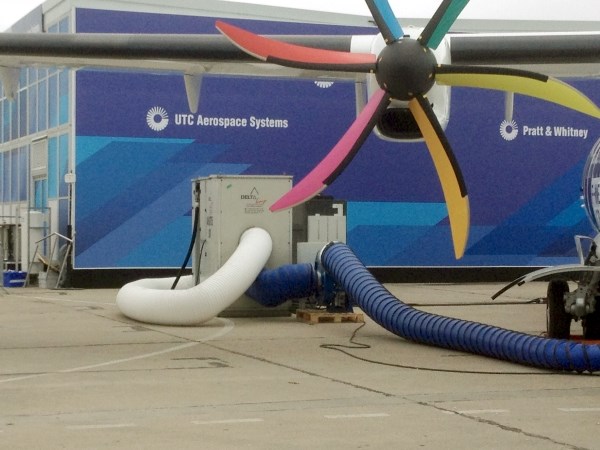 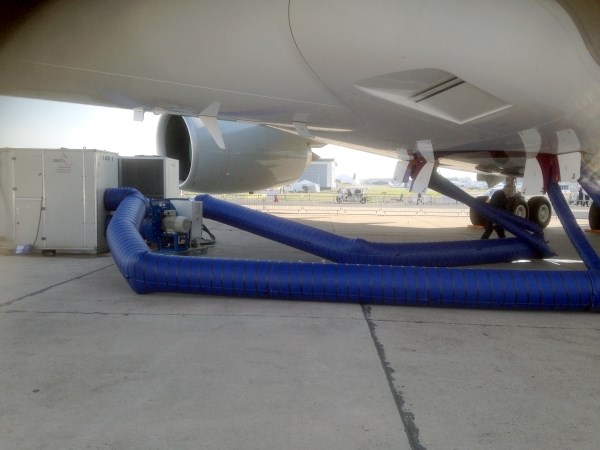 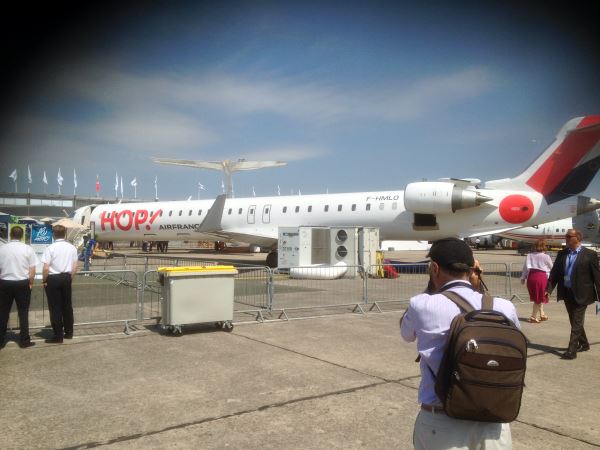 The International Paris Air Show - Paris Le Bourget is the biggest event of the aerospace industry worldwide. 2015 was the exhibition held for the 51st time. This year nearly 351,000 visitors were on site, of which were 150,000 trade visitors.

For the third time, DELTA-TEMP was successively commissioned to cool down a dozen planes at the international air show in Paris-Le Bourget.

Task was to cool the interior of the aircrafts as soon as they were on the ground and had switched off their engines. When not running engines also the onboard air conditioning is not running.
In total there were more than a dozen chillers and air handling units in use. Approximately 200 meters of air hoses and other accessories, such as medium-pressure fans, water-hoses and power cables were required.

A constant presence of technicians on site was required for the duration of the event to ensure the smooth functioning of the equipment and to separate the Climate packages from the aircrafts for demonstration flights.
Once the respective aircraft was on the ground again, the air hoses had  to be connected to the cabin again in order to keep the right temperatures.